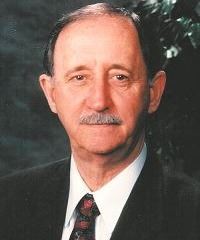 Mayor Wise would like to see Niceville work to develop the old downtown area and the concept of the town center.

First appointed to the position of Mayor in 1971, he was then elected, due to a charter change, in 1987, 1991, 1995, 1999, and 2003. Mayor Wise has lived his entire life in Niceville. Voted in as President of the Florida League of Cities in 1979, he has served in various other positions for the League over the years; Chairman of the Board for the Florida Municipal Health Trust Fund and for the Board of Directors for the Florida League of Cities Loan Program; in 1997 he was presented the 20th Annual E. Harris Drew Award for his contribution to all cities of Florida.

He is past President of Panhandle League of Cities and the Okaloosa County League of Cities, as well as serving on the Boards. Mayor Wise has served as a member of various groups including Baptist Hospital in Pensacola, Niceville-Valparaiso Chamber of Commerce, Military Affairs Committee, the Host Committee for the Chamber of Commerce, the Ambassadors Committee, the Okaloosa County Economic Development Council, and was one of the original captains of the Niceville Volunteer Fire Department.

The Okaloosa County School Board honored Mayor Wise and his service to the community on March 4, 1997 by naming the new library at the C. W. Ruckel Middle School after him.

My wife, Helen Jo, and I have four children, six grandsons, and two granddaughters.